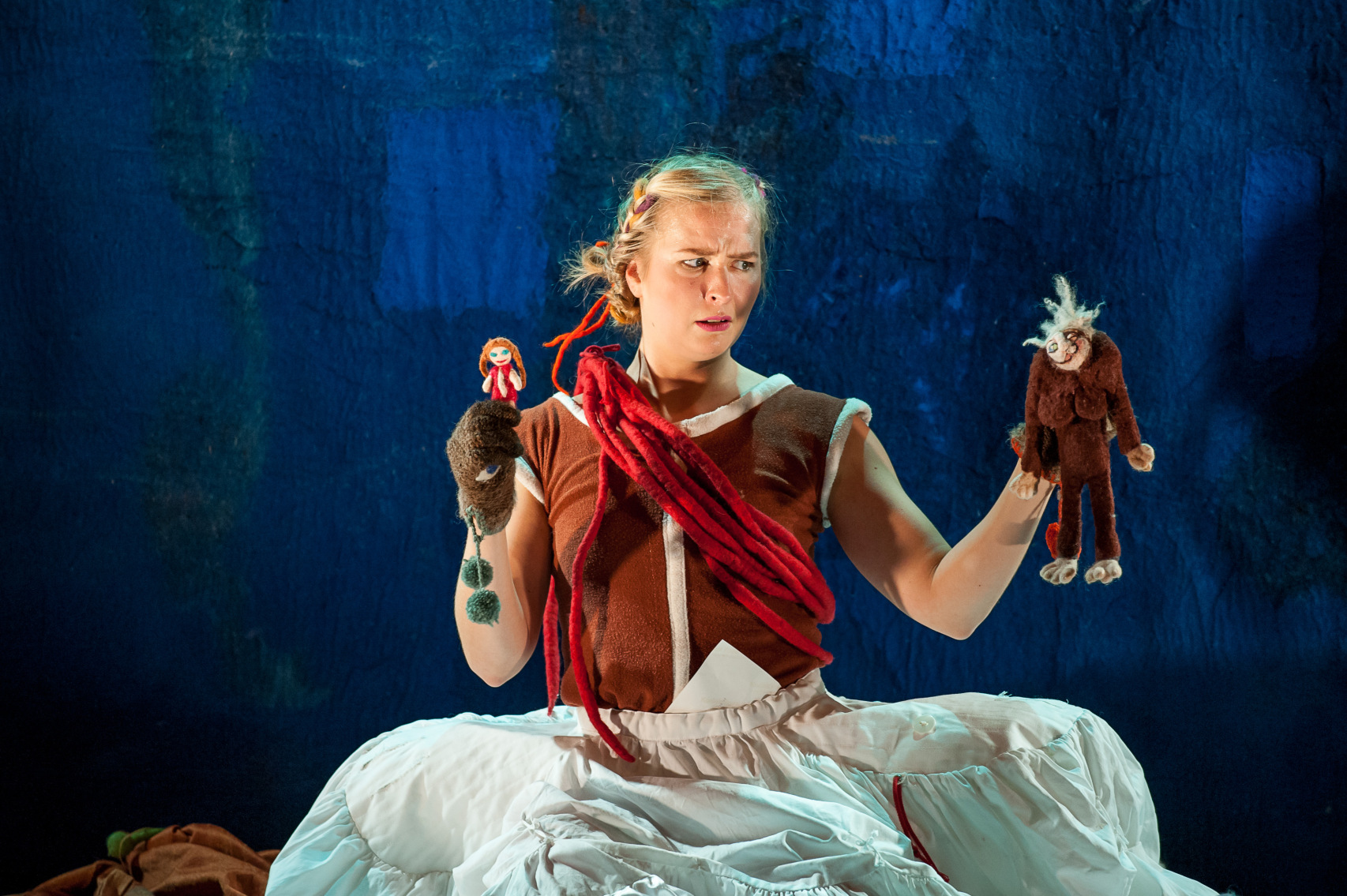 This children’s play has become a classic: the tale of a little girl who saves her mother from the hands of Blue.

The actor transports the spectator through her ten different roles from her home to the desert, the sea and the mountain. With almost magical ingenuity, pace and virtuosity, the play offers much to ponder on and strong experiences even for the adults watching. The play deals with the disappearing presence of a parent, without mention of the word depression.

Saving Mama had its world premiere in 2006 and has been performed in several cities both in Finland and abroad.

The play has been devised to tour, as it adapts effortlessly to different environments and spaces. During the play, the costume on the actor turns layer by layer into the versatile and shifting set design.

Theatre Quo Vadis and the working group behind Saving Mama received the Olavi Veistäjä-award in 2009 from the Finnish Cultural Foundation. In 2015 the play was awarded at the International Children and Youth Festival in Novgorod.

Saving Mama can be performed in 8 languages! These languages are English, Finnish, Swedish, French, Spanish, Estonian, German and Russian.